In business, it’s quite common for the fate of a deal to be decided by a written proposal. You meet with the team you want to impress, share some drinks, discuss sports and company ethos, and agree that there’s potential — but there are plenty of options on the table, and the fair thing to do is to give everyone one last crack at convincing them.

All of that effort — the outreach, the scheduling, the ideation — comes down to one document. It’s your time to show that you understand exactly what they need. Nail it, and you can negotiate your way to a fantastic deal. Miss the mark (as 71% of sales leaders believe their sales teams are doing) and your time in the running will come to a swift end.

It puts a lot of pressure on the sales team. They need to figure out the best way to approach it, not an enviable task.

On one hand, it needs to drive action — to make the sale. On the other hand, it can’t come across as salesy. How are you supposed to manage that balance? Well, the key is to forge a proposal that captures attention throughout and radiates quality without ever seeming pushy.

Here are some core tips for achieving this feat:

It’s one of the eternal truisms of life: if you don’t radiate belief in yourself, other people will find it hard to believe in you. We try so hard to be mentally efficient (or lazy, if you want to view it that way) that we pass the buck when it comes to assessing character and competence. Due to this, the language of your proposal must come across as supremely confident — and it should be that easy confidence that seems effortless and unshakeable, not forced or self-deluding.

At the same time, you don’t want to stretch the truth. Don’t make promises you can’t keep, or claims you can’t back up. Promising to leave them satisfied with the results is fine — promising that your work will blow them away is too much. As soon as your confidence starts to sound vaguely unrealistic, it’ll begin working against you. Would you believe “Our results will exceed your expectations!” if you read it in a proposal? I certainly wouldn’t.

The best way to get somewhere, then, is to promise results you know you can deliver and show certainty that nothing more is needed. You simply don’t need to gamble on being able to achieve implausible results, because your everyday results are more than good enough to be worth their investment. Don’t try too hard. Relax. Truth is enough.

Tell the story of your potential partnership

When you want to cast all doubts aside and sweep someone along, you need storytelling. Why? Because it might as well be a psychological cheat code. Factual or fictional, humans lean on narrative structures to do everything from teach moral lessons to share vital pieces of real-world information, and we can’t help being drawn in by them.

There’s irony in using a stat to point this out, but the fact that there’s a minor story to it (with Aaker as the lead character) clearly lends it some extra weight.

This means you should build your proposal around a story: namely, the story of your potential partnership. Set out the future you’ll have together if only they accept. You don’t need to follow conventional story structure that closely, though.

Jericho Writers outlines plot structure in this way: the initial incident leads to the main plot which encounters a crisis before reaching the resolution. Here, you can leave out the crisis — there will be problems along the way, probably, but that’s not something to think about now — and focus on the other three.

Start with the initial incident.

What drove them to accept proposals, or even seek them?

What problem are they trying to solve?

How does it frustrate them, and what does it cost them?

The main plot is roughly what you’ll do for them: how you’ll enter the picture and start doing all the right things to make progress. The resolution, of course, is victory — their problem neatly resolved and their business thriving as a result.

In the end, your story should be a fairly simple one. You should approach it as though you would approach a great creative work: carefully, cautiously, and with intent to edit it judiciously.

That means chopping away any unnecessary elements to leave only the vital elements. Businesses often think that complexity is impressive somehow, but it really isn’t — understanding a situation well means being able to explain it using very plain language when needed.

Make the next step optimally easy

When someone is being pitched a deal, they want to think that they’re at least receiving equivalent value in return for whatever you’re requesting — ideally that their end of the deal simply outshines yours, even though that’s practically unlikely. This is obvious, but what you might not have realized is that the awkwardness of the final step is a crucial factor.

Here’s why: the effort it takes to accept the deal and get it moving are implicitly part of their side of the bargain. If you’re asking for $100,000 to make it happen, the cost they see is $100,000 plus the hassle of taking the deal and making it happen. And the more awkward that last part seems, the more they’ll feel that you’re trying to exploit them somehow — that you don’t care enough to provide the basic courtesy of making things easy.

This also ties into the primacy of time, because we’d often choose to save time before money (which makes sense, since you can get more money but you can’t get more time). We can once again turn to the work of Jennifer Aaker, because she ran several studies that clearly showed people viewing time as more important.

So how do you make things easy?

Well, firstly, you ensure that your pricing is all-inclusive and doesn’t require them to pore over the details, even if that means quoting them a higher price — it’ll seem cheaper than needing the time.

Secondly, you offer a setup phase that’s simple and involves minimal effort on their part.

Thirdly, you use a great proposal system capable of taking electronic signatures, because expecting people to receive, sign and return printed documents at this point is simply unreasonable. That should make a big difference.

Proposals are big business, so you can’t afford to send out mediocre pitches. Invest all the effort you can muster into implementing these core steps, and allow yourself plenty of time after the first draft to revise each proposal until it has the necessary polish. If you can manage all this, you can really start to convert at an impressive rate.

Tapping into human nature to sell: How to build a sales team that puts people first 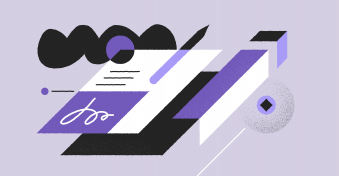 12 best contract management software in 2022
Ranking the best proposal software: Our top 9 picks
Think like a designer, sell like a closer